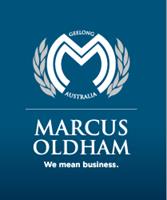 The Council, Staff and Students of Marcus Oldham College were saddened to hear of the death of past Chairman, Mr W. Robert R. Beggs AM. Robert was a man known for his honesty, integrity and strong moral compass. Robert joined the Council of Marcus Oldham College, Geelong in 1984 and was a valuable contributor to its important work in formulating policy and exercising oversight of the College’s management and development. On 1 January 1997, Robert was appointed Chairman, following in the footsteps of his father, Mr Arthur Beggs CBE, the first Chairman of Council from 1962.

During the years of his chairmanship until his resignation on 31 December 2007, Robert demonstrated the highest standards of leadership and undertook his duties in an exemplary manner. His relations with the Principals of the College were cordial and marked by trust and respect. Robert handled public occasions with dignity and good humour and his wide network of contacts benefited the College immensely. Robert was highly respected by the College community and expressed caring interest and encouragement to staff and students. In appreciation of his commitment to Marcus Oldham College, Robert received an Honorary Degree of Farm Business Management. The Council, Management and Staff express sincere condolences to Mrs Margaret Beggs and members of the family.