The Australian Army Training Team Vietnam (AATTV) arrived in South Vietnam during July and August 1962 following conflict in Vietnam over how it should be governed. North Vietnam believed in communism while many in South Vietnam rejected this way of life.

Other countries also became involved in the war, siding with either the North or the South. China and Russia being Communist countries themselves supported the North, while the US who were against such acts supported the South. Allies like Australia also joined and what began as a small Australian personnel and advisory team of 30, increased to over 7,500 during the following decade. Not all of these men volunteered either, many were forced to go following a nationwide lottery drafting men over 20 years of age. This saw much conflict and protests in Australia because they believed it wasn't Australia's war to fight.  Some demonstrators even assaulted the soldiers returning to Australia, sad considering they had sacrificed so much.

Four of these men were awarded the Victoria Cross, the highest award for acts of bravery in war. These are tributes to the three men who have since passed. Remembering the Men of the RSLQ

When AIF began arriving back to Australia in 1915, they formed clubs aimed to maintain close bonds fostered by service and support those fallen on hard times.

Kevin Arthur 'Dasher' Wheatley was born on 13 March 1937 in Surry Hills, Sydney. Wheatley enlisted in the Australian Regular Army on 12 June 1956 and served in different battalions of the Royal Australian Regiment. He became Sergeant in 1964 and Warrant Officer Class II in the same year.  On 16 March 1965, Wheatley was posted to the AATTV.

On 28 May, while ARVN troops were engaging 'elements of a trapped enemy battalion', a young girl ran into the crossfire. With no regard for his own safety, Wheatley ran to save the child leaving them both exposed to the firing bullets. Using his body as a shield, he managed to carry her to safety. These actions, although not recognised for an award, were included in an early draft of his Victoria Cross (VC) citation.

It was in Wheatley's final moments on 13 November 1965 that his magnificent courage was recognised.

Following a Vietnamese Civil Irregular Defence Group company commencing a search and destroy mission in the Tra Bong Valley, a mere 15km east of where Wheatley and his A Team with the 5th Special Forces Group under Captain Felix Fazekas were positioned,  Warrant Officer Wheatley reported contact with the Viet Cong which quickly turned to a request for assistance. Captain Fazekas immediately organised help and personally fought towards the action area. He then received another message from Wheatley saying Warrant Officer Swanton had been hit in the chest and requested an air strike and casualty assistance. Although told by medical assistance that Swanton was dying, Wheatley refused to abandon his comrade. While under heavy machine gun and automatic rifle fire, he half dragged, half carried Swanton to the open rice paddies, some 200 metres away. Although his mate was dying, he still refused to leave him and instead was seen to pull the pins from two grenades and awaited for the enemy.

For these actions, Wheatley was awarded a Victoria Cross, the first to be awarded to an Australian in the Vietnam war.

His 'acts of heroism, determination and unflinching loyalty in the face of the enemy will always stand as examples of the true meaning of valour.'

Peter Badcoe was raised in Adelaide and always wanted to join the army. In 1952, he entered the Officer Cadet School at Portsea, Victoria and was commissioned as a Second Lieutenant in the Australian Staff Corps in December 1952.

Badcoe was assigned to the Royal Regiment of Australian Artillery in August 1965 and later transferred to the Royal Australian Infantry Corps where he joined the AATTV in August 1966. As Sector Operations Officer in THUA THIEN Province, South Vietnam he was dubbed "the Galloping Major" for he was "always on the go".

In 1967 between 23 February and 7 April, Badcoe performed and executed extraordinary operations, displaying galant leadership on three occasions while on operation with South Vietnamese Regional Force units.

"...he rescued an American adviser; he captured a machine-gun; he led attacks; and he provided leadership and an example to wavering troops."

In his final battle he was killed by enemy fire, as he bravely rose to throw a grenade.

"His valour and leadership were in the highest traditions of the military profession and the Australian Regular Army."

Rayene Stewart 'Ray' or 'Simmo' Simpson was born in Redfern, Sydney, on 16 February 1926. Too young to enlist in the army when the Second World War broke in 1939, he had to wait five years before he could join - which was exactly four weeks after his 18th birthday.

An orphaned child, Army life suited Simpson and he served on Morotai, Borneo, and New Guinea during the Second World War. Rejoining the army in 1951, Simpson served with the 3rd Battalion, Royal Australian Regiment (3RAR) in Korea. After being promoted to Sergeant, Simpson served two years in Malaya before joining the AATTV. Simpson was a valuable asset of the South Vietnamese armed forces and accompanied units on field operations.

During his second operational tour in Vietnam, in September 1964, he earned the Distinguished Conduct Medal for actions he took against the Viet Cong. With a serious leg wound, Simpson rose to gallant leadership following the loss of his unit's commander. After he recovered from his leg injury, he returned to Australia in 1966 and requested to be discharged. It didn't last long however as he missed the army "mob" and his wife, Shoko whom he married in Japan back in 1953. After he saved enough money he travelled back to Saigon where he re-enlisted in 1967.

A couple of years later while commanding a search and clear operation in South Vietnam, Simpson saw one of his platoons under attack and bravely went ahead of his fellow troops and assaulted the enemy, attracting heavy enemy fire towards him.

A fellow officer was fatally wounded during the battle and without hesitation Simpson picked his comrade up and carried him out of enemy lines. He then quickly returned to fight, hurling grenade after grenade. Simpson advised his men to pull back and picked up his wounded mate, throwing more smoke grenades to cover their withdrawal.

Simpson and his battalion came under attack again five days later resulting in many casualties. Again trying to protect his men, Simpson went forward alone and positioned himself in front of enemy fire, throwing smoke grenades so the wounded men could withdraw safely.

His actions on this day awarded him the Victoria Cross:

"Warrant Officer Simpson's repeated acts of personal bravery in this operation were an inspiration to all … who served with him."

Ray Simpson left the army for the last time returning to Tokyo to live with his wife where he took up administration as an officer with the Australian Embassy. He sadly passed away in October 1978, aged only 52.

Introduced in 1856 by Queen Victoria (made retrospective to 1854 to cover Crimean War period) any serving armed forces member can obtain the award.

The Victoria Cross is designed in the form of the 'Maltese Cross'. The centre is a lion guardant standing upon the Royal Crown, with the words "For valour" inscribed below. Suspended from a crimson ribbon, the reverse of the cross has inscribed: the date of the act of bravery, the name, rank, and unit of the recipient.

Remembering the Men of the RSLQ

When AIF began arriving back to Australia in 1915, they formed clubs aimed to maintain close bonds fostered by service and support those fallen on hard times. 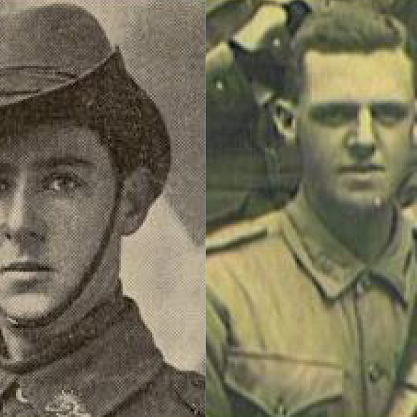 Eric & Neville Lipscomb, served in the infantry & artillery in WW1. Two of five brothers that showed courage and commitment representing Australia until 1917. 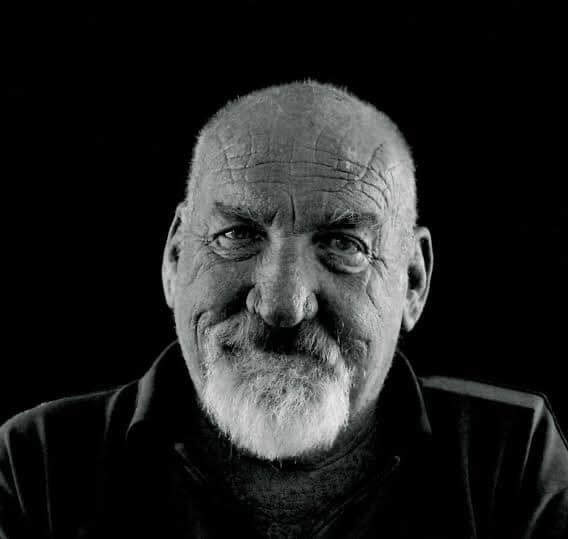 Peter Poulton, Vietnam War veteran and long-standing RSL president. He assisted countless veterans during his decades of service and was a good mate to many. In 1914, England become embroiled in another war and Thomas, although 39 and the father of five children, saw it his duty to join the Australian Imperial Force.