Aboriginal and Torres Strait Islander readers are advised that the following article contains images, names and voices of people who have died.

Whether they were discovered on the Arnhem Land floodplains or the theatres of Sydney, what you may not know about some of your favourite Australian actors is what they achieved behind the scenes. In fact, these four iconic Australians were each awarded Order of Australia medals for outstanding achievements in the arts and community.

"Unless I'm enjoying the job, I don't care how fabulous the role is or how brilliant the series is. If I'm not enjoying myself, forget it." - Anne Phelan.

In 2007, Anne Phelan was awarded the Medal of the Order of Australia for her service to not only the arts, but also to the community for her support for women living with HIV and asylum seekers and refugees. Continuing her ongoing support for humanitarian causes, she also received the Victorian Honour Roll of Women in 2008 and the Equity Lifetime Achievement Award in 2016.

"As long as the director told me where to stand and what to say, I was happy. Anyone who says there is any more to it than that is full of s***." - Bud Tingwell.

Bud Tingwell was an Australian legend in film, television, theatre and radio. Throughout his career he appeared in more than 100 films and numerous television programs in both Australia and the UK. Best remembered for his roles in Breaker Morant (1980), Murder She Said (1961), Charlie the Wonderdog on The Late Show (1993), The Castle (1997), The Dish (2000), Innocence (2000) and Ned Kelly (2003), he also appeared as John Conroy in the The Man from Snowy River: Arena Spectacular musical, which toured Australia twice during 2002.

A humble man who never let fame go to his head, Bud Tingwell was awarded a Member of the Order of Australia in 1999 for his services to the performing arts as an actor, director, producer, and for his contributions to the community.

"Is it acting a true vocation?... I say it is a gift... And fame? Neither sought nor expected... still confounds and amazes and disturbs." - Ruth Cracknell.

Ruth Cracknell and Garry McDonald in Mother and Son   Ruth Cracknell is best known for her roles in Mother and Son (1984), The Night, the Prowler (1978) and Lilian's Story (1996). In 1997 she published her autobiography, A Biased Memoir, which became an Australian best seller. Cracknell was the winner of 4 Logie Awards between 1993 and 2001 which included the TV Week Logie Hall of Fame award. The first woman to be included in the Hall of Fame, it would be another 15 years before a female joined her - Noni Hazlehurst, 2016 who in fact acknowledged Ruth Cracknell in her acceptance speech.

With an impressive 47 credits to her name in radio, theatre, television and film spanning over a 55 year career, it comes as no surprise Ruth Cracknell was appointed Member of the Order of Australia in 1980 for her services to the arts. The National Trust of Australia also named her one of "100 National Living Treasures" in 1998.

"David was an inimitable talent who 'walked between two worlds', that of his Country and Culture" - Yolngu community and Gulpilil's kin.

David Gulpilil Ridjimiraril Dalaithngu is best known for his role in Walkabout (1971). A tribal dancer from Arnhem Land, Gulpilil scored the role after British film-maker, Nicolas Roeg took a chance on the young teenager. Having never attended school, Gulpilil learned English by listening to others and went on to star in iconic films like Storm Boy (1976), Crocodile Dundee (1986), The Tracker (2002), Rabbit-Proof Fence (2002) and Australia (2008). A skilled performer, dancer, writer and painter, he also received a standing ovation for his performance in the autobiographical stage production, Gulpilil in 2004.

In 1987 David Gulpilil was awarded a Member of the Order of Australia and the Centenary Medal in 2001. He won Best Actor - Un Certain Regard at the Cannes Film Festival for Charlie's Country (2013) and two Best Actor AACTA/AFI Awards, for The Tracker (2002) and Charlie's Country.

"What a beauty of the land.

The land stays there forever and ever.

You sit down here really quiet, the land will be talking to you.

This land is telling me; here I am." 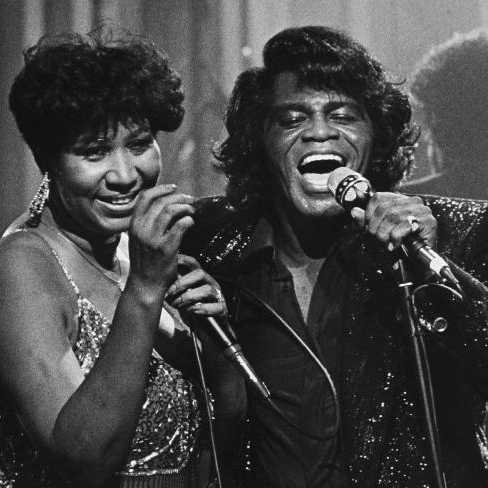 The Sound of Music star dead at 91

Christopher Plummer, the award-winning actor best known for starring in The Sound of Music, has died after an accident at the age of 91.